How Eustis Roofing Got 25 Squares More Done a Week

Looking to advance your business? Maybe you’re a business owner looking to make the job easier for your employees. Maybe you’ve hit a plateau in your company and you need a boost. Take a look at how Eustis Roofing tripled their annual sales into a whopping $6 million a year.

Eustis Roofing is an integrity-based business located in central Florida that's been running successfully for over 60 years. What’s the key to their success? Owner Rodney Reisman says “We were always thinking of how to be more advanced than other roofers, make it easier for our employees, finding a way to make the job smoother, cleaner, and neater, and we wanted to be the first roofers to do that.” Rodney set out to find ways to improve his business, and that’s when he came across the Equipter RB4000. Why did Rodney purchase his own RB4000 after giving it a try for only a week? 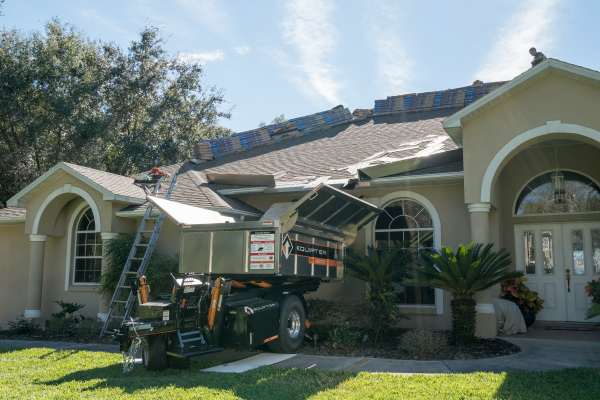 The very first thing Rodney noticed was the increase in production. At the end of the first week he noticed that the crew with the Equipter RB4000 got more work done. Rodney realized that they were instantly able to produce higher-quality and better-looking jobs. "We started noticing that our numbers on the crew were picking up and were averaging right around 25 more squares a week with the Equipter.” After the purchase of their second Equipter RB4000, their production continued to increase. 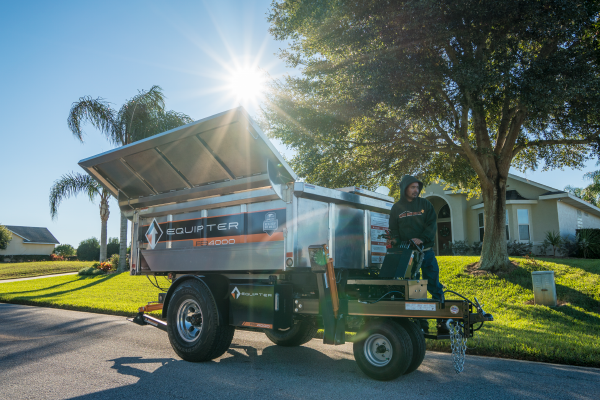 With the Equipter RB4000 there’s no more lugging materials up and down the ladder. There’s no more endless debris cleanup. There’s no more wasted footsteps. The RB4000 makes the job much more efficient for your employees. Rodney says, “The first one we had, I asked them to give up the Equipter and give it to one of my other crews and they hugged it and said wherever it goes, I go.” Not only does the RB4000 make it overall easier for your employees, it makes them feel appreciated. Quality roofers began going to Eustis Roofing for work because they saw how much easier their jobs could be with the right piece of equipment.

The biggest concern we receive here at Equipter is that people are afraid homeowners will shy away from the Equipter RB4000 being used on their property. After all how can a big piece of equipment not tear up homeowners lawns? Rodney originally thought the same. “We thought the yards were going to be a issue with the Equipter but we find that’s not so. The homeowners are very comfortable with the Equipter in their yard. All the years we’ve been doing this, we can’t think of one homeowner that wouldn’t let us bring it into their yard.” In designing the RB4000, we knew we needed a design that assured no ruts in lawns. We looked until we found the perfect tires for the Equipter RB4000: rugged with the weight capacity we needed and a wide 10″ tread that maximizes flotation and minimizes pounds per square inch. 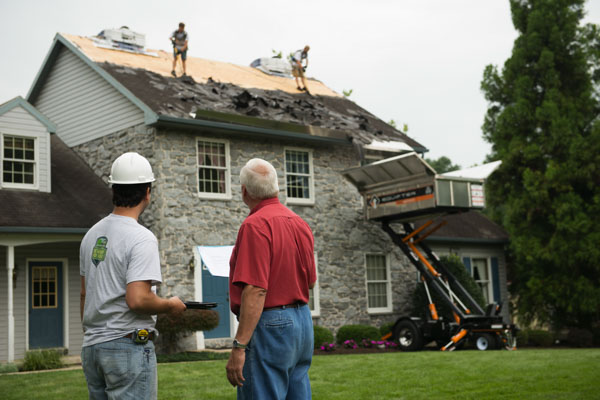 We know that every job is unique in the roofing industry, but we can assure you that you’ll find the Equipter RB4000 will take your business farther and reach goals you thought were impossible. Whether you’re looking for more jobs, an increase in sales, 100% homeowner satisfaction, increased efficiency, or happier employees, click below to rent the Equipter RB4000 and see if it's the right tool for your roofing business.